The Economic Impact of the Australian Bushfires

The world watches on as Australia goes up in flames—quite literally. 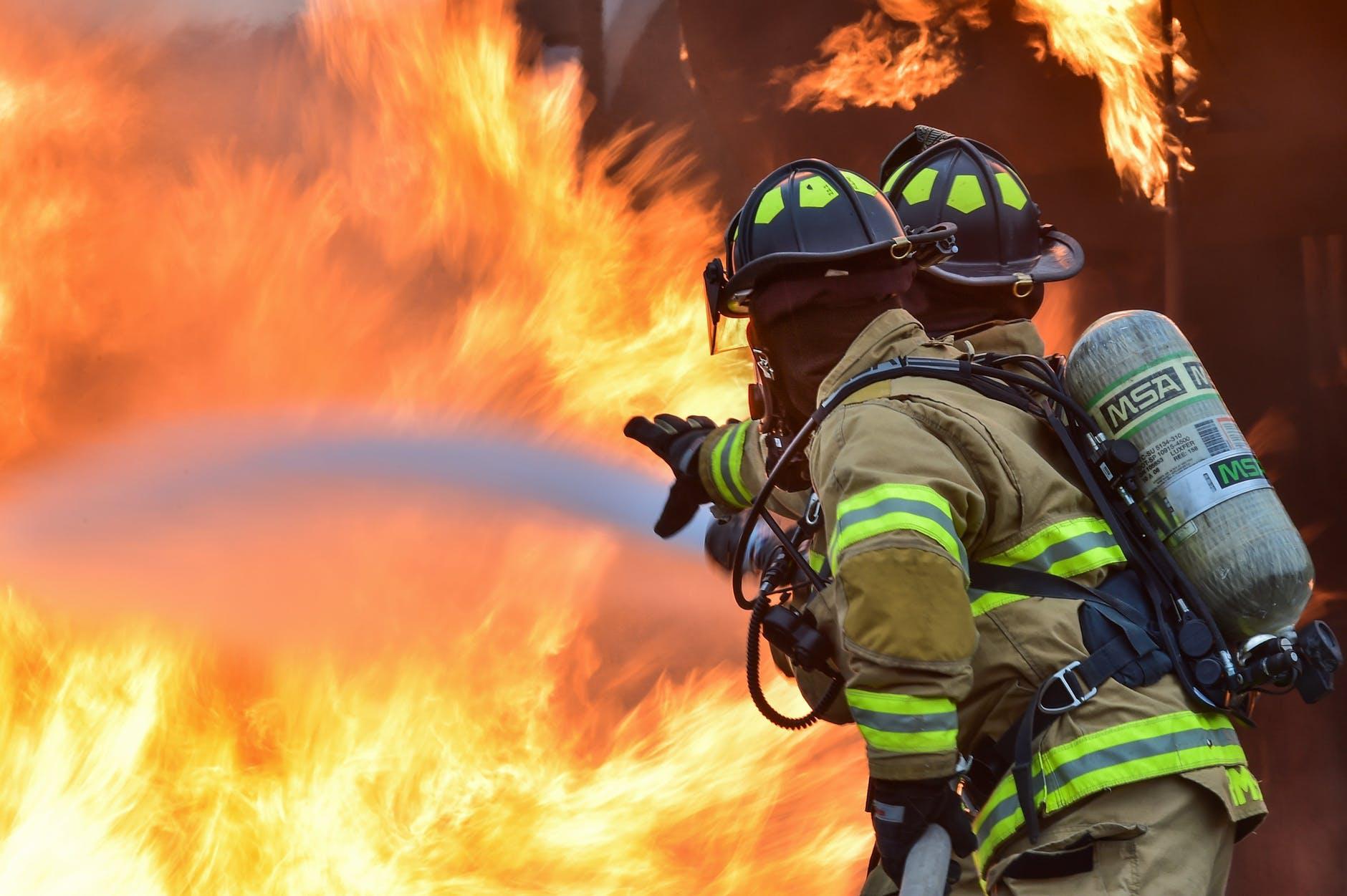 The world watches on as Australia goes up in flames—quite literally. The bushfires have been raging on since July 2019, making it an incredibly difficult time for the country. With record-breaking flame height and immeasurable destruction, there has been an incredible loss of human and animal life, not to mention vegetation and urban infrastructure.

Whole regions have been engulfed by these flames, with around 24.7 million acres of land being destroyed, 1 billion animals killed, 2000 homes destroyed and much more. The physical destruction has had a very real universal and individual impact, with people being devastated by the fires. It’s been incredibly painful to watch hundreds of reports covering the crisis, which is not existing in isolation. Climate change has affected other countries across the world with a new ferocity this past year; from earthquakes to fires to floods to incredibly high or incredibly low temperatures.

It has also not just impacted Australia but our neighbour New Zealand as well. Our cities and theirs are covered in smoke, the air all around is heavy and it’s like looking at the world through yellow-tinted spectacles as the flames’ impact reaches far and wide. As the world pours in support and aid to combat the crisis, there’s also a grim reality to face when it comes to recovering: individual businesses and the overall economy have taken a massive hit.

Although the complete extent of the economic impact has not yet been assessed, speculations are not painting a positive picture. The extent is difficult to assess because the situation is still ongoing, however, some of the most evident effects are discussed in this blog.

In realistic terms, the cost of dealing with the bushfires is ‘manageable’ and nothing more than a meagre fraction of the total GDP for 2020 and 2021, the damage has already been estimated to a whopping $4.4 billion. It’s also expected to reduce around 0.4% of the economic growth rate for the year.

Economist Katrina Ell called the damage to the economy ‘significant,’ reiterating that recovering from this setback will be incredibly difficult. It has weakened the economy dually; not only is there an urgent need for money to go out (firefighting efforts, insurance claims, reparations, rehabilitation, medical bills), but the money flowing into the economy will also slow down.

Consumers already struggle with spending; this will shake things up even more. The devastation and ongoing length of the bushfires are enough to lead to the government slashing interest rates. Interest rates are expected to drop from an already record low at 0.75% to 0.5% because of the grim economic situation at hand.

As recent as 21st January 2020, the fires seemed to have worsened, causing alarm among areas that were in immediate danger and according to Ell, fiscal spending is the most effective way to combat the issue and minimise costs.

Direct spending on rebuilding efforts, recovery and rehabilitation is the only viable solution, with the Morrison government already pledging $2bn over two years; this comes as a step back from the government’s previous goal of a budget surplus.

So, this begs the question: how can the economic decisions being made currently benefit the farmers and local communities that are affected the most by these fires?

In the larger scheme of things, physical devastation is nothing more than a speedbump along the road to economic prosperity. Rebuilding efforts provide a chance to invest smartly, make better decisions and create new infrastructure, but those immediately impacted are the ones bearing the cost of prosperity.

Industries that’ll get the worst hit

Although businesses across the affected regions have suffered, with many of them needing to lay off staff, reduce pay scales, and shut down altogether, two of the industries facing the worst impact are tourism and agriculture.

This isn’t surprising, given how much of the bushland and farmland were destroyed in the fire. Not just crops but cattle and other animals that were so essential to the economy. Wool, meat, dairy, produce is now dwindled even further, given that before the fire erupted there was already a drought. With water scarcity and soaring temperatures already affecting agricultural prosperity, the bushfires have exacerbated the situation.

Dairy is expected to take a major hit, with the way razing grounds and fodder have been affected; there is a lack of water for the animal, fodder supplies are dwindling, and farmers are racing against time. Milk supplies have not gone down so far in supermarkets, but they’re likely to.

Primary producers have been granted $100 million in emergency funds to help recover from damages, but it’s going to be a slow return to normalcy following these fires. Lands are charred and no longer arable, equipment, homes, livestock have been destroyed and this will also have an impact on wholesalers who work with these producers.

It’s an important time for businesses to step up and minimise costs, making smarter decisions and not overcommitting, or shying away from responsibility. Use an order management system like OrderTron to streamline the supply chain and help suppliers sustain their operations. It’s also important to work with retail clients and make sure there are no gaps in the market. Small wholesale businesses and foodservice supply companies can register with us and participate in rebuilding the industry because we’re all going to be impacted by it.

Tourism is also going to suffer immensely, despite government efforts to invest tens of millions of dollars into the industry. This is in an attempt to rebuild tourist spots and attract international travellers who would, otherwise, be wary of visiting in such a time of crisis. The expected impact of tourism by the end of the year is estimated to be around $4.5 billion, which is worrisome given that tourism makes for 3% of Australia’s GDP.

Encouraging tourism at a time like this might seem futile and juvenile, but it’s important to understand how various industries overlap with one another. Local consumers are cutting down spending and hesitant to carry on with the same spending habits as before, during the climate crisis. Which means the spillover will result in less revenue and business.

Amidst millions of dollars’ worth of insurance claims, widespread job insecurity and loss of infrastructure, tourism might be one of the best ways to recover costs. It will also help businesses across various other industries sustain themselves and resume operations. 1 in 13 jobs in the country are tied to tourism or hospitality and the hit to the industry will be impacting individuals and local businesses devastatingly. Investment and severance are a start, but local tourist bodies estimate the need for ‘hundreds of millions’ to truly rebuild.

How consumers are responding

Consumer Confidence has fallen even further in light of the bushfires. Although not as stark a fall as at the time of previous disasters, the numbers were never really promising to begin with. It’s a 6.2% fall between January 2019 vs. January 2020. The survey also indicates that at the time it was conducted, rains had begun, indicating some levels of optimism among consumers. Had the timing been before or after these rains stopped, the fall would have been more severe.

What this means for small and big businesses alike is that the dependence on consumers is not very promising. Sales have slowed down for fashion retailers and food businesses in particular, because these are non-essential expenditures that people are hesitant to make.

It’s not looking up, unfortunately, but all hope is not lost. It’s a time for businesses to re-strategise and encourage consumer spending through effective marketing and quality service. Wholesalers can incentivise regular retail clients with special rates and discounts through OrderTron, or work to contribute towards donations.

With the effects of climate change and environmental degradation showing up the world over, the bushfires are acting as more fuel. Australia has one of the leading carbon emissions in the world, which is something the current government comes under fire for often.

The air quality across the country has suffered, but especially more so in cities like Canberra and Sydney, as well as rural areas and farmlands directly impacted by the fires. These fires alone have taken emissions up a notch, contributing to the global total. The health effects of these incidents tend to impact worker productivity and the ability to function, leading to increased costs of worker spending as well.

One of the ways wholesale businesses, in particular, can combat environmentally damaging practices and worker inefficiency is through the use of OrderTron, which not only reduces human error, it also aids workers with their job, monitors stocks and prevents wastage through deadstock. It’s important to play your part in any way possible, especially as a business.

At present, the economic situation looks grim, but there is hope. The year may not be as profitable for those in the economy, but efforts are being made all around to help businesses, animals and individuals push through. 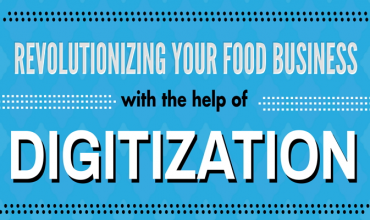 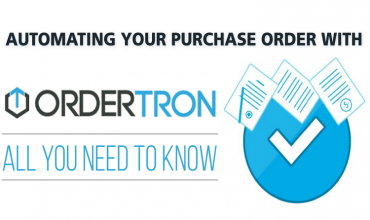 Automating Your Purchase Order with OrderTron
Foodservice businesses have saved thousands of dollars with automated purchase orders offered by OrderTron. 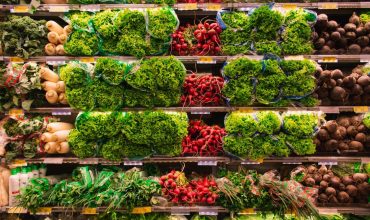 Investments You Should Be Making in Your Wholesale Enterprise
A well planned, well-thought out business model is at the heart of any successful and… 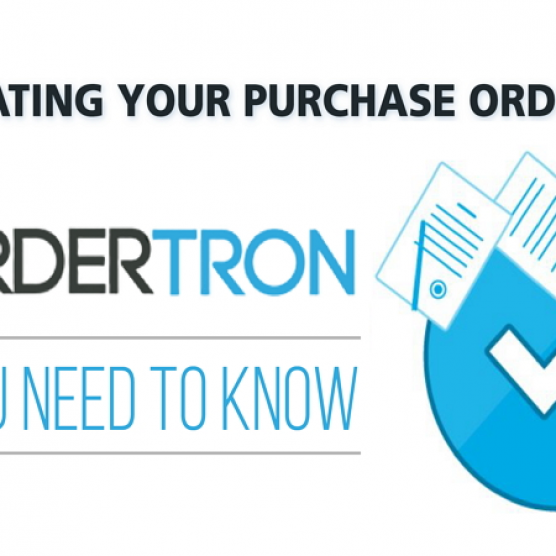